It was 6:30 a.m. on a Saturday when Greek Coast Guard Ensign Chrisafis Theofilos’s boat got a report of a migrant drowning off the coast of the island of Lesbos. As dawn began to break, Theofilos sped south toward the man’s coordinates. His scheduled departure had already been delayed five hours by a broken radar system that headquarters in Athens hadn’t yet fixed. That made night patrols too dangerous. Before Theofilos got to the man, another Coast Guard boat had already picked him up and taken him to the hospital with hypothermia. It was another frustrating morning on the front lines of another Greek crisis: the arrival of desperate refugees from Afghanistan, and now Syria, fleeing bombs and war for the shores of a country ill prepared to welcome them. At least 18 migrants were found drowned off the Lesbos coast last week. “It’s getting meaningless — whatever you do, there is no result,” Theofilos said. “It’s endless, endless.” Greece is struggling to cope with waves of migrants and refugees from war-torn and poverty-stricken areas even as the country reels from its own economic crisis. Because Lesbos, an ouzo-making agricultural and resort island, is only about six miles from the Turkish coast, it’s often the first place smugglers dump their human cargo. As local people attempt to plug the gap left by a lack of government aid, Lesbos has become a microcosm of Greece’s growing migrant dilemma.

“Hospitality is a concept Greeks have had since ancient times, but there is a ceiling,” Athanasios Giakalis, the North Aegean regional governor who oversees Lesbos, said in an interview. Golden Dawn, the anti-foreigner party with an insignia that resembles a swastika, is gaining strength on the island, according to George Diakoronas, a local gynecologist and party chairman on Lesbos. The party won about 5.3 percent of votes in the June parliamentary election. Diakoronas said he expects that figure to double in the next election. He said he’s concerned about refugees bringing diseases to the island and that measures, including military border guards, must be taken to stop the flow. “What I would like is for them to go back to their countries and leave my country to cope with the situation it’s in,” Diakoronas said.

Lacking a state facility for migrants, police on Lesbos have been keeping them in the police station, according to Doctors Without Borders, the United Nations refugee agency UNHCR and local activists and government officials. When the station’s holding tank was beyond capacity, police started turning new arrivals away. Lacking the identification documents necessary to buy a ferry ticket, they were trapped on the island. “They told us to go, they can’t help us,” said Narges, a 17-year-old Afghan refugee who fled Ghazni, south of Kabul, with her mother and sister. She didn’t give her last name. “We told them, we haven’t anywhere to sleep. They told us, go to the street.” Police in Lesbos’s harbor capital of Mytilene didn’t respond to a visit and request for an interview. Some on the island have stepped forward to help despite their own financial struggles. “Immigrants did not bring the crisis,” said Stratis Dimou, a Greek Orthodox priest who runs a non-profit called Hugs to collect food and clothing for both migrants and Greeks on Lesbos. “We destroyed the country by spending a lot of money on things that are not useful.”

The refugees are arriving to a country of street protests,  shuttered shops and fiscal free-fall. By year-end, Greek output will have shrunk by a fifth since the nation of Socrates and Plato entered its recession in 2008, according to the Hellenic Statistical Authority. Government cuts pledged in exchange for 240 billion euros ($317 billion) in rescue programs have slashed wages, pensions and health care. One in four workers is out of a job. Still, for migrants Greece is the gateway to the European Union — and better, even in its beleaguered state, than the chaos, danger and economic turmoil they are fleeing. Ibrahim, 34, and Masome, 25, who didn’t provide their last names, paid a smuggler to take them and their four-year-old son Farhan from Afghanistan across Iran and Turkey to Greece. The seven-month journey ended on a boat without life jackets. The smugglers didn’t provide a captain and forced one of the migrants to take the helm.

“I just hugged him in my arms,” Masome said of her son, as waves battered the boat. “You think you’re going to die. The smuggler told us, ‘There’s no worry, it’s 40 minutes to Greece. Do you see the light? The light is Greece.  ” Masome said her dream is to go to Sweden. In the meantime, she was simply glad to be in a place where her son could play outside without risk. “There is not any safety for the kids,” she said. “That is why we decided to leave .” On the concrete steps of a convenience store in the village of Mantamados, a group of migrants sat exhausted. They had spent the night on a boat before being dumped on Lesbos’s rocky northern beaches by traffickers, hiked an hour through the woods until they could find a road and then walked three hours of steep hills to the town. A four-year-old Afghan girl sat crying. In the confusion of the landing, she had been separated from her parents. Mustafa, a 15-year-old boy from near Kabul, had been traveling four months with his parents and three brothers through Afghanistan, Iran and Turkey. He spoke with a drawling American accent he said he’d learned by watching subtitled U.S. action movies, especially Marvel comics.

“The situation was extremely hostile for us,” he said, with mines going off and fears of a Taliban takeover when NATO troops withdraw in 2014. “Every day when I went out to shop or buy something, I thought I wouldn’t come back alive.” Mustafa’s parents, who owned a grocery store, were told they’d be brought to a safe country. They weren’t told which one. They each paid $4,000 for the trip. “Everything we had in Afghanistan — house, land — we sold it and came,” he said. EU law mandates that the country where refugees first enter the 27-nation bloc is responsible for managing their asylum applications. With its porous border and proximity to Turkey, Greece is the top destination for migrants to the EU, according to European border agency Frontex. About 31,000 people were apprehended crossing illegally into Greece in the first 11 months of this year, Frontex said. About 170 people a week are now crossing at the sea border, according to the agency.

Many of the illegal immigrants coming to Greece are looking for a better life in the EU. Yet without a coordinated first-reception service to sort new arrivals, refugees, families and other vulnerable people slip through the cracks, according to a Dec. 3 report by Francois Crepeau, the UN Special Rapporteur on the human rights of migrants. Those arrested may be detained for as long as 18 months, Crepeau said. Greek authorities have been promising asylum reform since 2010. Yet, in part because of European-mandated austerity, implementation has lagged. A government hiring freeze means a first-reception service that officially opened its doors this year has only 16 staffers, director Panagiotis Nikas said in a telephone interview. He said more positions are budgeted for early next year.

“It is frustrating,” Nikas said. “We are doing our best.” On Lesbos, some local people took matters into their own hands after seeing migrants, locked out of the police station,sleeping in parks. They persuaded the city of Mytilene to give them the keys to Pikpa, a camp used in the summers for disabled kids. It opened to migrants in November. A camp run entirely on donated food and labor isn’t a panacea, said retired telephone company administrator Stratis Pothas, who lives a few hundred yards away and serves up the camp breakfast at 8:30 a.m. every day. Rationing tea he makes at home into plastic cups for the camp residents, Pothas fretted about the food supply. He divided wedges of feta into servings, sliced two loaves of braided tsoureki Easter bread and counted out cookies, figs and dried toast. There would be only two slices of Easter bread for each six- to eight-person room. “What do you think, this for eight people?” Pothas said, weighing a packet of food in his hand. “It is not enough.”

Back at the convenience store, Mustafa’s family and a family of Syrian refugees debated what to do. There was still nosign of the crying little girl’s parents. Walking the 21 miles to Mytilene was clearly impossible for the children. On Lesbos, bus drivers have leeway not to pick up migrants — even if they have money for the fare — if they so choose. A law against picking up undocumented people in private cars made hitchhiking unlikely. After some negotiating, the driver of the only bus of the afternoon took them on board. A Doctors Without Borders van escorted the bus, ensuring that other groups of migrants could climb aboard as well. The bus driver agreed to take them all the way to Pikpa.

The influx of people from the road more than doubled the size of the camp, to 80 people. The crying little girl found her parents. Volunteers rooted out blankets from the storerooms. Doctors Without Borders brought extra sleeping bags and set up a treatment room. The plumbers had finally turned on the hot water. Mustafa, who had said the first thing he’d do when he got to Pikpa was take a shower, looked like a totally different boy. Wearing his brother’s shoes — his were drying, along with his coat — he shivered on the steps and said he’d slept the entire bus ride to the camp. His family had only about 50 euros left after losing a backpack with money they’d saved for the journey in the chaotic boat landing. Still, Mustafa’s father said that when the family entered their three-bed room, he felt like he was being “hugged by his mother.” The volunteers began sorting out dinner, provided by a local monastery: salad, bread, chicken with roast potatoes and some fish. They supplemented the monastery’s donation with extra food so there would be enough for everyone. “I don’t know how long we can do this,” said Anthi Karangeli, a local kindergarten teacher who had been volunteering at Pikpa every day. “We are filling the gap. We want to help. But here you can see it’s a terrible gap of the Greek authorities. Where are they? We are talking about people. We are talking about humans.” 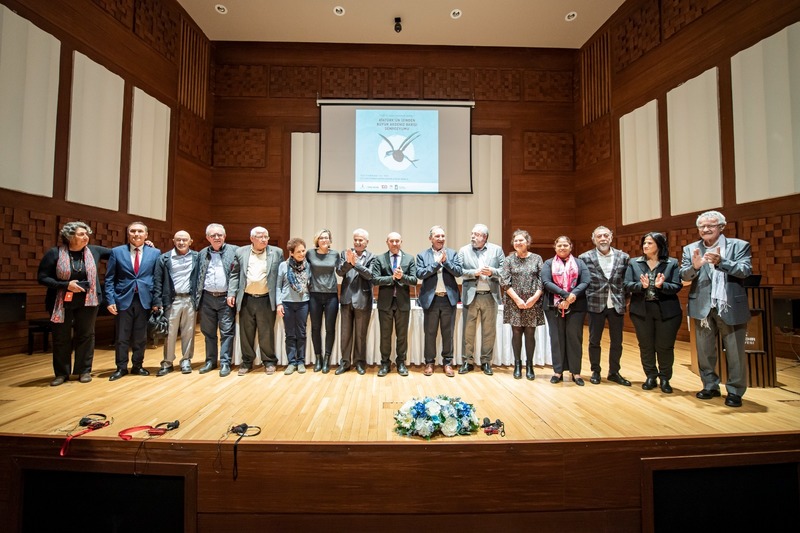